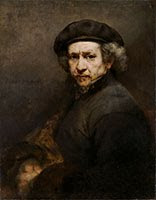 It took only 70 years, but starting Oct. 10, 2009 through January 24, 2010, you will be able to view authentic Rembrandt paintings at the Wadsworth Atheneum in Hartford, CT. The exhibition is titled "Rembrandt's People". Our library recently acquired the book "Rembrandt: the painter at work" by Ernst van de Wetering which closely examines Rembrandt's masterful painting technique. Check out our other books on Rembrandt. If you are a Hamden resident with a valid Hamden Library card, you can borrow our Wadsworth Atheneum museum pass which admits two adults and two children (through age 17) for free to America's oldest public art museum.
Posted by Elisabeth at 8:01 PM No comments: 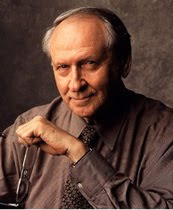 Pulitzer Prize winning columnist William Safire died on Sunday, September 27th, 2009, of pancreatic cancer. He was 79 years old.
Safire gained prominence as a speechwriter for Richard Nixon, but in 1973 left Washington to became columnist for the New York Times, where for many years he was the sole conservative voice in the paper's Op-Ed pages.
In addition to his award winning column, he also wrote the popular "On Language" column for the New York Times Magazine. Many of his essays were later republished in a collection of bestselling books examining etymology and the use and abuse of the English language. He was also the author of four novels.
Read Works by William Safire
New York Times Obituary
Posted by Jessica at 1:13 PM No comments:

Celebrate Your Freedom to Read 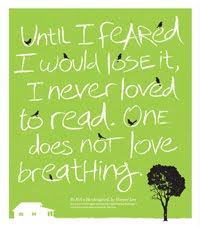 Banned Books Week is an annual event celebrating the freedom to read and the importance of the First Amendment. Held this year from September 26 - October 3, Banned Books Week highlights the benefits of free and open access to information while drawing attention to the harms of censorship by spotlighting actual or attempted bannings of books across the United States.
The 10 Most Challeged Books in the past year were: 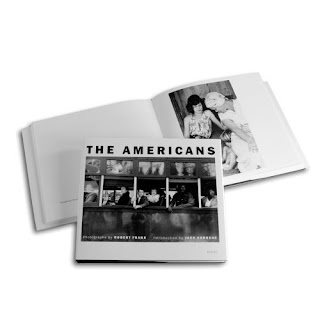 2009 marks the 50th anniversary of the groundbreaking photography book "THE AMERICANS" by Robert Frank which was first published in the United States in 1959. A major exhibition is now on view at the Metropolitan Museum of Art in New York from September 22, 2009 to January 3, 2010. It features all 83 photographs from the original book. Robert Frank was born in Switzerland in 1924 and emigrated to the United States in 1947. In 1955 and in 1956 he traveled across the United States and took photographs which are now considered masterpieces. His book, THE AMERICANS is considered "a seminal work in American photography and art history". The New York Times has published an article on September 25, 2009 which was written by Holland Cotter: "America, Captured in a Flash".

Posted by Elisabeth at 7:43 PM No comments: Autumn officially starts September 22. In celebration of the fall season we have put together a display of beautiful photography books and seasonal poetry! The featured books are: New England Icons and Inspirations by Tommy Hilfiger, Fallingwater, a Frank Lloyd Wright Country House by Edgar Kaufmann, Jr., Irish Country by Nicholas Mosse, The Private World of Tasha Tudor with photography by Richard Brown, Flavor of New England with food photography by Neil Sutherland and Peter Barry, A Passion for Flowers by Carolyne Roehm, Living with the Seasons by Bonnie Trust Dahan, The Sense of Wonder by Rachel Carson, At Home with Carolyne Roehm, and America Wide panographs by Ken Duncan. William Cullen Bryant (1794-1878) has called autumn the "year's last loveliest smile." The lithograph on the left titled "Autumn" is by Currier & Ives from 1871.
Posted by Elisabeth at 7:00 PM No comments: 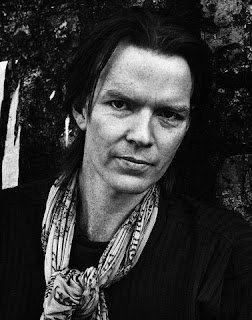 Poet Jim Carroll died of a heart attack on Friday, September 11. He was 60 years old.

While he was widely respected as a poet, he is probably best known for his book The Basketball Diaries, which was made into a film starring Leonardo DiCaprio.

He was also the front man of the rock group The Jim Carroll Band. The group released three albums in the early 1980's, but eventually Carroll went back to writing full time.

Carroll was working on a novel, tentatively titled The Petting Zoo, at the time of his death.

Read the works of Jim Carroll.
Posted by Jessica at 9:00 AM No comments: 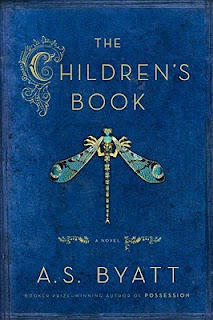 The short list for the Man Booker Prize for Fiction, a British literary award, has been announced. The six finalists are: SUMMERTIME by J. M. Coetzee, THE CHILDREN's BOOK by A.S. Byatt, THE LITTLE STRANGER by Sarah Waters, THE QUICKENING MAZE by Adam Foulds, WOLF HALL by Hilary Mantel, and THE GLASS ROOM by Simon Mawer. The winner of the prize will be announced on Oct. 6.
Posted by Elisabeth at 12:34 PM No comments:

Email ThisBlogThis!Share to TwitterShare to FacebookShare to Pinterest
Labels: Authors

Blog about the Nutmegs

4th, 5th & 6th Graders are invited to join us at
www.hamdennutmegreaders.blogspot.com .
Let your friends and classmates know what
you think about this year's Intermediate
Nutmeg Nominees.

And, if you want to talk to some real, live
readers, join us at Brundage Community
Branch for in-person discussions (with
refreshments) on October 15, November 5,
December 10, January 7 and January 28.
Posted by Nancy2 at 2:02 PM No comments:

Email ThisBlogThis!Share to TwitterShare to FacebookShare to Pinterest
Labels: Services

September was the birth month of many great witers, including Richard Wright, William Faulkner, F. Scott Fitzgerald, and Agatha Christie.