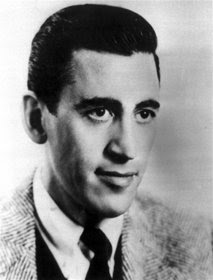 Though Salinger published only four books, he is often considered one of the most influential writers of his generation. His most famous work, the novel "The Catcher in the Rye," was published in 1951, and became an immediate best seller. His protagonist, angst-ridden adolescent Holden Caulfield, struck a chord with the post World War II generation, and the novel's themes of alienationa and disenchantment continue to resonate to this day; the book still sells over 250,000 copies a year.

"The Catcher in the Rye" was his only novel, though he published 3 collections of shorter works, including the critically acclaimed short story collection "Nine Stories."

In his later years, he became known as America's most famous recluse, withdrawing to a farm in rural New Hampshire, and limiting his contact with the outside world. He refused to give interviews, and did not publish any writing after 1965.

Check out books by J.D. Salinger.
Posted by Jessica at 3:49 PM No comments: 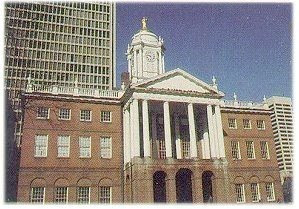 Connecticut's Old State House (1796-1797) designed by Charles Bulfinch is the oldest State House in the nation. Expect to find historically-restored rooms, guided tours, an exhibit blending US history, state government, civics and citizenship and an interactive floor dedicated to the history of Hartford. Children can take their own tour using a backpack activity, which is offered at no additional charge to visitors. Dress-up stations for children, discovery trunks full of hours of fun and more are also available.
The centrally located museum allows visitors to make a day of Hartford with both the Science Center and Wadsworth Atheneum located within a short walk of the Old State House. Ample parking is available in two nearby garages. Visitors can bring their garage tickets to the Old State House to be stamped. That way, visitors will pay only $5 to park for the entire day.
Posted by Elisabeth at 4:27 PM No comments: 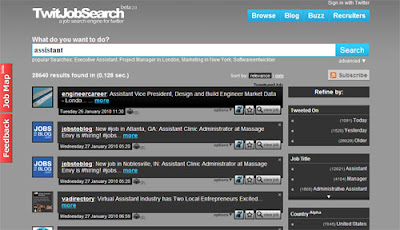 According to The New York Times, 340,000 jobs have been listed on Twitter in the last month alone. You can access these listings with TwitJobSearch, a search engine that scans Twitter for job postings. The engine finds job-related Tweets, with links to the underlying job posting. Results are ranked by both relevance and by how recently they’ve been posted, and you can sort results by geography simply by adding the name of a city to the search.
Posted by Jessica at 10:32 AM No comments:

"Inspired Innovations: A Celebration of Shaker Ingenuity" is the title of an exhibition now on display till April 11, 2010 at the New Britain Museum of American Art. If you are a Hamden resident with a valid library card you can check out a free museum pass to the New Britain Museum of American Art which admits four people at no charge. The pass can be checked out overnight at the info desk at Miller Library. The museum passes are funded by the Friends of the Hamden Library. Check our collection for books on the Shakers. Our most recent acquisition is: Stillness and Light: the silent eloquence of Shaker Architecture by Henry Plummer.
Posted by Elisabeth at 2:20 PM No comments:

Email ThisBlogThis!Share to TwitterShare to FacebookShare to Pinterest
Labels: Friends of the Library, Museums 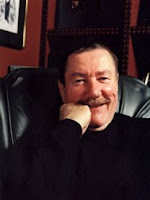 Mystery writer Robert B. Parker died Monday, January 18th, at his home in Cambridge, Mass. Parker was at his writing desk working on a new novel when he suffered a massive heart attack. He was 77.
Parker is best known for his creating the character Spenser, the hard-boiled private eye from Boston. Spenser proved to be such a popular character that he eventually got his own television series; from 1985 to 1988 Robert Urich starred as the detective in “Spenser: For Hire."
Parker was a prolific writer, writing over 60 novels in a variety of genres. There at least two more books that he completed before his desk that are expected to be published posthumously.
New York Times Obituary
Check our catalog for books by Robert B. Parker.
Posted by Jessica at 12:33 PM No comments: 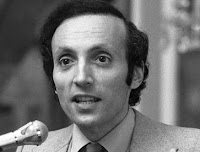 Erich Segal, author of "Love Story" died Sunday, January 17th at his home in London. He was 72.

Segal was a classics professor at Yale when his blockbuster "Love Story" burst onto the scene. The novel spent more than a year on the New York Times hardcover best-seller list, and was later made into a wildly successful film starring Ryan O'Neal and Ali MacGraw.

In addition to several novels, Segal wrote works of literary criticism on Greek drama. He was also a cowriter of the film "Yellow Submarine.

Check our catalog for work by Erich Segal.
Posted by Jessica at 11:09 AM No comments:

On Thursday, February 18, 2010, libraries all over Connecticut will be taking a ‘snapshot’ – collecting information to capture the impact that Connecticut libraries have on their communities on a typical day. We’re calling it ‘Snapshot Day.’
Snapshot Day is a joint project of the Connecticut Library Association, the Connecticut State Library and the Connecticut Library Consortium. It is based on a project of the same name created by the New Jersey State Library and the New Jersey Library Association. The aim is to encourage libraries all over Connecticut to collect basic data – how many people use the library on a given day, how many people use computers, attend programs, etc. Connecticut’s libraries are busier than ever these days, with people coming not only to check out books, but use computers, look for a job or attend the many programs our libraries offer. All across the state, libraries are the cornerstones of their communities, places were people come together to visit, learn and share ideas.
On February 18, we hope to capture a slice of life of Connecticut’s libraries. There will be a chance for you to comment on what your library means to you, and to see pictures of other libraries from all over the state on the Snapshot Flickr page. Stop in on February 18
and become a part of Snapshot Day 2010!
Posted by Jessica at 4:31 PM No comments: 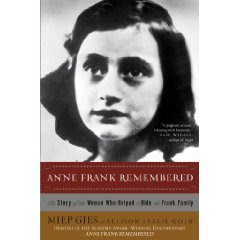 Miep Gies was born on February 15, 1909 in Vienna and died January 11, 2010 in the Netherlands, aged 100. She was the last survivor of Anne Frank's protectors and the woman who preserved her diary. Miep was employed at Otto Frank's company and helped hide the Frank family for 25 months from the Nazis in Amsterdam. The Gestapo raided their hiding place on Aug. 4, 1944 and Anne left her diary behind. When Miep found the diary she hid it unread, hoping that one day she could return it to Anne. But only Anne's father Otto Frank survived the concentration camps and returned after World War II and so she gave it to him. The diary was first published in 1947. 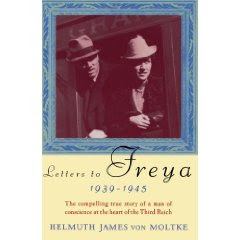 Freya von Moltke was born on March 29, 1911 in Cologne and died January 1, 2010 in Norwich, Vermont, aged 98. She was the widow of Count Helmuth James von Moltke, who as a member of the anti-resistance movement in Germany was hanged by the Nazis in 1945. She hid her husbands' documents and letters in the beehives of their estate in Kreisau/Krzyzowa , now part of Poland and in 1990 published them as "Letters to Freya". In 1990 Kreisau became an international youth meeting center for European understanding.
Posted by Elisabeth at 4:23 PM No comments:

During the recent holiday season, Hamden library patrons generously donated to those in need our community. By Christmas Eve the total items collected at the libraries were as follows: 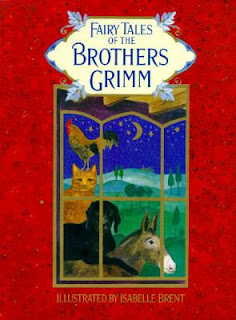 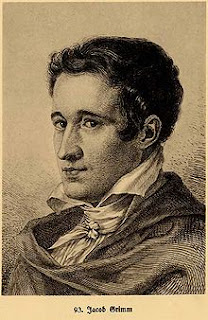 January 4, 2010 marks the 225th birth anniversary of Jacob Grimm, who was born in Hanau, Germany, in 1785. He was a librarian, mythologist and philologist. In collaboration with his brother Wilhelm Grimm (1786-1859) he published GRIMM's FAIRY TALES in 1812, a book which has since been translated into more than 160 languages. Jacob Grimm died on Sept. 20, 1863 in Berlin, Germany. Click here for works by Jakob and Wilhelm Grimm in our library. For an online collection of the famous Grimm's fairy tales, available in several languages, click here. For an interactive map of the German Fairy Tale Route, click here. For more information, read Thomas O'Neill's article GUARDIANS OF THE FAIRY TALE which was published in National Geographic, Dec. 1999.
Posted by Elisabeth at 4:32 PM No comments: