On February 18, the Hamden Public Library, along with libraries throughout the state, took the time to record who was using the library that day in photos and with questionnaires. Patrons were asked to state the reason the came to the library that day, as well as any comments about the library in general. Some of the comments included:

* I would be 'sunk' business-wise without the public internet

* I use the computer to do a thorough job search

* Miller always has a very good selection of large print books; the people are always helpful and pleasant

* It is a quiet place that is good for concentrating on work.

* A safe place to accomplish things and network

* I particularly enjoy the number of children and youth using Miller

* My 2 year old can have a wonderful time here being read to and socializing with other little ones.

* I am a HUGE reader and could never afford to purchase the 5-8 books I read weekly.

* I bring my daughter-raising the next generation of readers.

* We moved to this neighborhood in part because we are in walking distance of the library.

* Everyone is so helpful and courteous, always calling me with new books

* I hate television. If I didn't have the library, I don't know what I would do!

* It's a safe place to introduce my grand-daughter to the world of books, videos and DVDs. It is the fabric of our American way of life.

Reasons for coming to the library (based on answers from 166 respondants):

View a Flickr Slideshow of Hamden Library's photos from Snapshot Day
Posted by Jessica at 1:15 PM No comments: 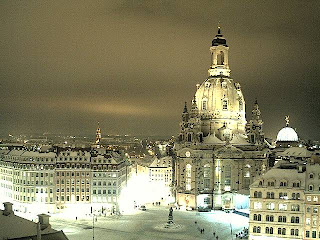 On February 13, 1945 Allied firebombing caused a firestorm that destroyed the city of Dresden and killed 135,000 people.

On the left is a picture of the Frauenkirche/Church of Our Lady which was built in the 18th century but destroyed in 1945 during the firestorm. It was completely rebuilt and opened again in 2005 after 13 years of reconstruction.

We have in our collection two books on this event:
The Destruction of Dresden by Ira C. Eaker and Dresden, Tuesday, February 13 by Frederick Taylor. Kurt Vonnegut, Jr. wrote the famous novel Slaughterhouse-five.
Posted by Elisabeth at 4:58 PM No comments:

Email ThisBlogThis!Share to TwitterShare to FacebookShare to Pinterest
Labels: History 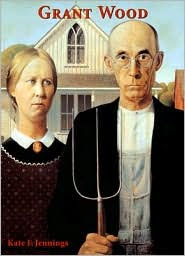 The American artist Grant Wood was born on February 13, 1892 near Anamosa, Iowa. He died of liver cancer one day before his 51st birthday at Iowa City, Iowa, on February 12, 1942.

His painting from 1930 called AMERICAN GOTHIC remains one of the most famous American works of art. His realist painting style was influenced among others by the work of the 15th century 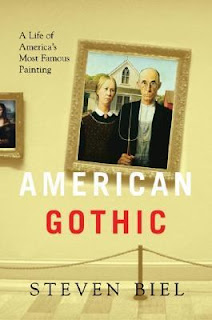 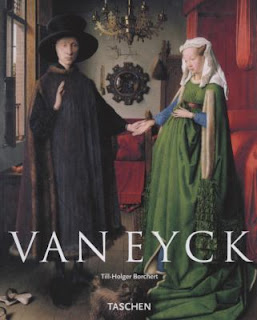 Posted by Elisabeth at 2:52 PM No comments: