1. State of Wonder by Ann Patchett
2. The Marriage Plot by Jeffrey Eugenides
3. The Art of Fielding by Chad Harbach
4. Catherine the Great by Robert K. Massie
5. Swamplandia! by Karen Russell
6. The Leftovers by Tom Perrotta
7. The Uncoupling by Meg Wolitzer
8. Townie by Andre Dubus III
9. What It Is Like to Go to War by Karl Marlantes
10. In the Garden of Beasts by Erik Larson
Posted by Elisabeth at 4:08 PM No comments:

Artspace is pleased to present Library Science, an exhibition curated by Rachel Gugelberger, Senior Curator at Exit Art, New York. Bringing together a selection of work by 17 international artists, Library Science contemplates our personal, intellectual and physical relationship to the library as this venerable institution—and the information it contains—is being radically transformed by the digital era.

Through drawing, photography, sculpture, installation, painting and web-based projects, the artists in Library Science explore the library through its unique forms, attributes and systems: from public stacks to private collections, from unique architectural spaces to the people who populate them, from traditional card catalogues to that ever-growing “cyber-library,” the World Wide Web.

Library Science takes its title from two sources: the interdisciplinary field of library and information science, and Eleanor Antin’s 1971 conceptual work of the same name, which used library classification methods to represent and archive the identities of living women.

Posted by Jessica at 3:52 PM No comments: 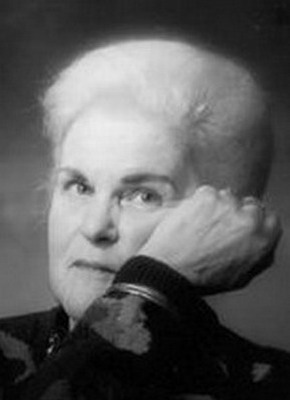 Prolific science fiction author Anne McCaffrey, "Annie" to friends and fans, died at home in Ireland last Monday, November 21, 2011.  She is survived by her one daughter and two sons, one of whom is Todd McCaffrey, her collaborator on the most recent Pern books.

Anne McCaffrey published nearly 100 books in her lifetime, starting with Restoree in 1967, which she described as a "jab" at the way women were portrayed in science fiction.  The Dragonriders of Pern series, for which she is best known, was conceived one day in the same year, starting with the idea "what if dragons were the good guys?".  By the time her children got home from school that day, she knew the first line of the first Pern story: "Lessa woke cold".  (That story was originally published in Analog magazine and later became part of Dragonflight, the first full Pern novel.)

To close, I will quote two others who wrote of her death, author Neil Gaiman and BlogCritics blogger Anna Meade.  Tweeted Gaiman, "She was a wonderful goodhearted funny lady. Goodbye Annie. I'm glad I knew you."

Meade wrote one the most beautiful lines I've ever read of an obituary post, and  the lines I will leave you with:


"She allowed us to fly. So ride the dragon's wings to your well-deserved rest, Anne. Pern awaits."

Our collection of Anne McCaffrey's works
Posted by Rebecca at 1:15 PM No comments: Inside Out & Back Again
By Lai, Thanhha
Harper
interview

Posted by Elisabeth at 11:59 AM No comments:

The Marriage Plot. Author: Jeffrey Eugenides
(Farrar, Straus and Giroux)
"Like many of the heroines of the Victorian novels she favors, Madeline Hanna, Brown University class of 1982 English major, must choose between men: the hungry wanderer Mitchell Grammaticus or the brilliant but troubled Leonard Bankhead. Madeline goes with the latter, sidelining her own intellectual pursuits in favor of riding a manic depressive's roller-coaster through the dawn of semiotics, post-structuralism, identity politics, and psychopharmacology. A coming-of-age novel that's as unapologetically erudite as it is funny, fun, and profound."

The Devil All the Time. Author: Donald Ray Pollock
(Doubleday)
"Take a man from Ohio who's worked blue collar, send him for an M.F.A., and set him loose. Pollock, whose debut collection, Knockemstiff, was a knockout, strikes again with a terrifying cast of rural characters: the haunted WWII veteran, the husband and wife serial killers who target young men along the Interstate, the predatory revival preacher and his wheelchair-bound guitar-playing cousin, all tied together with violence, sin, and gorgeous prose into a mesmerizing slice of Americana."

State of Wonder. Author: Ann Patchett
(Harper)
"The best two female adversaries in recent memory cut a swath through the Amazon rain forest in Patchett's exotic, intelligent, ambitious, and engaging novel. A straitlaced, sincere research scientist from Minnesota is sent to find and assess the progress of the unorthodox septuagenarian doctor who's gone native while on a fact-finding mission to extend female fertility."

After the Apocalypse. Author: Maureen McHugh
(Small Beer)
"Incisive, contemporary, and always surprising, McHugh's second collection confronts near-future life with an ironic and particular eye. Her characters live with zombies, struggle to make ends meet on the Arizona–Mexico border, and cope with China's descent into capitalism in stories that stretch the boundaries of imagination. "

Bossypants. Author: Tina Fey
(Little, Brown/Reagan Arthur)
"We know Fey's wit from her writing (and acting) in SNL, 30 Rock, and whatever movie she stars in, but she adds to her wit a disarmingly frank and uncensored account of her life, stitching together the serious and the comic."

Catherine the Great. Author: Robert K. Massie
(Random)
"Pulitzer-winning biographer Massie—of Nicholas and Alexandra and of Peter the Great—now relates the life of a German princess, Sophia of Anhalt-Zerbst, who became Empress Catherine II of Russia. Once again Massie delivers, with this masterful, intimate, and tantalizing portrait of a majestic monarch."

There but for the. Author: Ali Smith
(Pantheon)
"One night at an unruly dinner party, a guest named Miles goes upstairs, locks himself in the spare bedroom, and refuses to come out—for months. Smith uses this absurd bit of theater to explore some serious issues, privacy (reference is made to the U.K.'s carpet of CCTV cameras) and authenticity among them. But it's the author's effortlessly inventive form (narration comes from four different characters, none of whom knows Miles well), and her playful, breathlessly ebullient style that make this book a gem."

Hemingway's Boat. Author: Paul Hendrickson
(Knopf)
"There's never been a biography quite like this one. Hendrickson covers Papa's rise and fall by focusing on his most steadfast companion: his boat, Pilar. She was the stage on which Hemingway fished, brawled, wrote his novels, ranted about his poor reviews, raised his sons, and seduced other men's wives. The stories are rich with contradiction and humanity, and so raw and immediate you can smell the salt air."

One Day I will Write About this Place. Author: Binyavanga Wainaina
(Graywolf)
"A Kenyan Portrait of the Artist as a Young Man, this sublime word-drunk memoir from the Caine Prize–winning author describes a coming-of-age rent by political troubles and suffused by a love affair with language."

Arguably: Essays. Author: Christopher Hitchens
(Hachette/Twelve)
"As a political, cultural, and literary critic, Hitchens stands alone, as demonstrated by this major collection of mostly recent essays and reviews covering a range of topics, from America's founding fathers to the state of the English language. You don't always have to agree with this fearless polemicist to appreciate his erudite mind."
Posted by Elisabeth at 2:49 PM No comments: 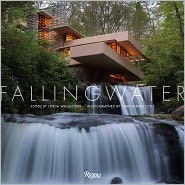 America's most iconic residence - Fallingwater - was constructed in 1936, 75 years ago. It is located southeast of Pittsburgh in Pennsylvania, above a mountain stream called Bear Run. The architect Frank Lloyd Wright (1867-1959) was 68 years old in 1935 when he designed Fallingwater as a weekend house for Edgar and Liliane Kaufmann who owned and operated Kaufmann's department store in Pittsburgh. Frank Lloyd Wright's masterpiece is considered the most important building of the 20th century based on a poll conducted by the American Institute of Architects. To commemorate the 75th anniversary of Fallingwater, a book with newly commissioned color photographs by Christopher Little was published in 2011 by Rizzoli. The book's editor, Lynda Waggoner, is the Director of Fallingwater. 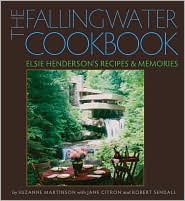 t was it like to live and work in this special house? Find out with the Fallingwater Cookbook. It features recipes and anecdotes by Elsie Henderson, the longtime cook and baker for the Kaufmann family. Elsie Henderson, born in 1913, recently celebrated her 98th birthday. She grew up the youngest of 13 children and lost her father at age 2. In her own words: "I had a library card by the time I was six and I used it.” Even though she left school after 11th grade, she never lost her love of the printed word. Her mother taught her some baking and cooking, and she also took a cooking class at the Red cross. With little formal culinary training, she became a sought after cook among wealthy Pittsburgh families. She worked for the Kaufmanns at Fallingwater, from 1947 to 1964.
Other books of interest:
The Iconic House: Architectural 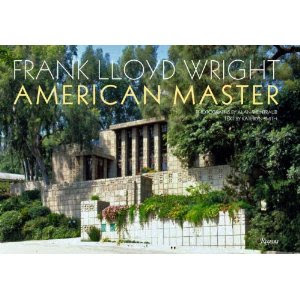 Posted by Elisabeth at 7:12 PM No comments: