The Friends of the Hamden Library provide the funding for our museum passes. We received
a pass to the Stepping Stones Museum for Children in Norwalk. The pass offers one free
admission with one paid admission. The museum is open daily, Monday through Sunday from 10 to 5. It offers free admission on First Thursdays, from 5 to 8 pm. It is closed New Year's Day, Thanksgiving Day and Christmas Day. Adult admission $15, Child Admission $15 (children under 1 free), Seniors (over 62) $10.

The museum is located on five acres in Mathews Park in Norwalk. It offers an Energy Lab, Tot Town, a hands-on building/construction area, and Healthyville. There is also a traveling exhibit gallery, a multimedia gallery, a celebration courtyard, community garden with garden follies, a family and teacher resource center, an art studio and science lab.

Posted by Elisabeth at 4:25 PM No comments:

Julie Otsuka won the 2012 PEN/Faulkner Award for Fiction for her novel "The Buddha in the Attic". The book's publisher is Alfred A. Knopf. It was chosen from more than 350 novels and short-story collections by American authors which were published in 2011. Ms. Otsuka will receive $15,000. The awards ceremony will take place May 5 at the Folger Shakespeare Library in Washington, D.C. "The Buddha in the Attic" is about the lives of Japanese mail-order brides who come to San Francisco in the early 20th century. Julie Otsuka was born in 1962 and is a native of California.

The four finalists are:

The Artist of Disappearance. By Anita Desai

We Others: New and selected stories. By Steven Millhauser 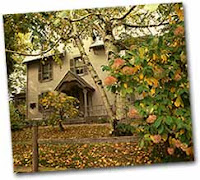 The Friends of the Hamden Library are funding our museum passes. We received four passes to the Harriet Beecher Stowe Center in Hartford. Each pass admits two guests for free. The pass may be used for a free Stowe House tour or a Child's Tour. The Child's Tour is available Saturday & Sunday at 2 pm.

Since the Mark Twain House is located right across from the Harriet Beecher Stowe House, a family can check out both passes at the same time, if available.

Posted by Elisabeth at 2:40 PM No comments:

Irish cooking, like other cuisines, is good year round, but especially popular this time of year, with Saint Patrick's Day falling on March 17.  If you're interested in Irish food but don't have a Saint Patrick's Day meal planned, look at some of our cookbooks for inspiration!

If every-day recipes are more your speed, check out Good Mood Food by Irish home cook Donal Skehan.  This self-described home cook/photographer/food writer has published a blog since 2007, and has since moved on to not only publishing two cookbooks, but also producing and hosting a hit cooking show in Ireland!

Donal also acts as a bit of a "food ambassador", not only representing Irish cooking at various events, but also appearing on international television!

UPDATE 3/16/2012:  Donal's segment is now up on the Today Show site at Celebrate St. Patty's with beef and Guinness stew

Please be advised that the TODAY show is an NBC network show, and is in no way affiliated with Hamden Public Library.  Also, the spelling of the holiday's nickname should be "St. Paddy's", not "St. Patty's".

Now that I think of it, Donal's not the only successful cookbook author who's also a food blogger.  What's some of your favorite food writing on the Internet?  Is it as good as the food writing Elisabeth highlighted in her last post?
Posted by Rebecca at 12:02 PM No comments:


A collection of writings from periodicals, Web sites, and books that explores such topics as culinary history, food sourcing at a greenmarket, equipping a kitchen, and the economics of the restaurant business.


Will Write for Food. By Dianne Jacob.
Presents advice on how to become a food writer, discussing how to start a blog, get assignments as a restaurant reviewer, write a cookbook, compose a memoir, and put together a book proposal for prospective publishers.
From the contents:
What, exactly, is food writing? -- Characteristics of a food writer -- Getting started -- Get published with a food blog -- Becoming a successful freelance writer -- Secrets of restaurant reviewing -- The cookbook you've always wanted to write -- The art of recipe writing -- Memoir and nonfiction food writing -- Writing about food in fiction -- How to get your book published.

Posted by Elisabeth at 4:50 PM No comments:

New Nonfiction Books in the 600s

Check out our new book acquisitions in the 600s: books on cooking, health, technology, business etc.


If a book is in processing, or on order or checked out, you can reserve it/request it online. The Lifestyles bookletter is published on the 7th day of each month. You can also get it in your e-mail by signing up here.

Take a look at our other bookletters here.


Posted by Elisabeth at 2:57 PM No comments:

Pass to the American Museum of Natural History will expire May 31, 2012

Our pass to the American Museum of Natural History will expire on May 31, 2012. The library is unable to renew the pass, since the museum has changed the pass policy. Use it before we loose it!

The pass offers FREE general admission for 2 adults and up to four children. The museum is open daily from 10 am until 5:45 pm. Note: This pass can be checked out for two days.

All other museum passes can be checked out for one day only (overnight). If you check out a pass on a Saturday when the library is open, it will be due on Monday, before 9 pm.

The library's Museum Pass Program is funded by the Friends of the Hamden Library. Passes may be borrowed by Hamden residents only with a valid Hamden library card. The passes cannot be reserved or renewed. One pass per family. Overdue fines are $10 per day. You can check out the passes at the information desk at Miller Library in Hamden. Please call our information desk (203)287-2680 for more information.
Posted by Elisabeth at 12:50 PM No comments:


In celebration of Women's History Month, iCONN has assembled a web page with links to free resources from database vendors EBSCO, Cengage Gale, and ProQuest, as well as resources available on the open Web.
iCONN is part of the Connecticut Education Network. It provides all students, faculty and residents with online access to essential library and information resources. It is administered by the Connecticut State Library in conjunction with local libraries in Connecticut. Through iCONN, a core level of information resources including secured access to licensed databases is available to every citizen in Connecticut. You can also visit the CONNECTICUT WOMEN'S HALL OF FAME.

When you come visit the library this month, make sure to check out our display with books on Women's History in front of the main staircase.

Posted by Elisabeth at 11:15 AM No comments: