As the economy continues its slump, libraries nationwide continue to play an important role in communities everywhere, as people turn to them for free entertainment, to connect to the Internet and look for jobs. This spring, the Hamden Public Library, the American Library Association (ALA) and Woman’s Day magazine want to hear your thoughts on why the library is important to your community.

From now through May 9, 2010, women 18 and over are invited to tell their story in 700 words or less and send it to womansday@ala.org. Up to four stories will be highlighted in the March 2011 issue of Woman’s Day or womansday.com. For more information and to read the official rules, visit www.womansday.com/ala.
Posted by Jessica at 10:07 AM No comments:

Great Movies From The Attic

"Festival", a 1967 music documentary about the 63, 64, and 1965 Newport Folk Festivals. Produced and directed by Murray Lerner.

The original "Day the Earth Stood Still" from 1951 directed by Robert Wise.

"Panic in the Streets" directed by Eli Kazan released in 1950, starring Richard Widmark and Jack Palance.

What do these films have in common? They are all DVDs in the Miller Library collection in the section marked classic/hidden gems. When we think of classic films we usually think black-and-white, old, maybe even stuffy. Films that are hidden are like old photos stuck in the attic, they have a musty odor, best viewed in dim light, nostalgic. Nothing farther from the truth can be said about these films.

I chose these at random and because I am familiar with them. Each are wonderful. You can take my word. One way or another I have been involved professionally with movies for almost thirty years. From running a small movie-house to suggesting films to patrons at a video store, I have researched and ingested film most of my life. I'd like to pass some of this on to you in this blog. If you disagree with me let me know. I love to talk film.

Back to the movies:

"Fatso" has a very offensive title and a sweet, real, Italian/New York core. This was the only film (that I know of) directed by Anne Bancoft, the wife of Mel Brooks, star of over fify films such as "The Elephant Man", "The Graduate", and "The Miracle Worker". She was born 1931 Anna Maria Italiano, in the Bronx, New York. She knew the neighborhood and people. This is a true to life romantic slice of life comedy with "heavy" issues. Sorry about that.

"Festival" is for all current and would be fans of the 60's folk and pop scene. This is great fun. It is a historical record of the time when American folk music made the transition to the top of the charts, with live performances by artists such as: Joan Baez; Bob Dylan; Peter,Paul and Mary; and Donovan, along with Judy Collins and Pete Seeger and more. Look for the reaction when Bob Dylan goes electric on "Maggie's Farm". Sorry it's in glorious black and white.

As a SciFy movie fan I endured The new Keannu Reeves led "Day the Earth Stood Still". I never really could see his attractiveness to women but I guess that's OK and I must say he did the best he could with what he had but Michael Rennie was and will be Klaatu, the inter-steller visitor who brings Gort, the policeman to end all policemen to earth. Robert Wise, the director of such immortal American films as West Side Story, The Sound of Music, The Haunting and The Setup with the help of Patricia Neal and Sam Jaffe, and composer Bernard Herrmann (Hitchcock's favorite), great visual effects for 1951 and finally great writing, won a Golden Globe for "Best Film Promoting International Understanding" If you have not seen it, see it.

Guy Hamilton directed four early James Bond films and was assistant director on The African Queen. Here he adapts Agatha Christie's Hercule Poirot mystery with a great cast, especially a wonderfully hammy Peter Ustinov, beautiful wardrobes and wonderful Mediterranean scenery off the coast of Spain. What's not to love? By the way the writer Anthony Shaffer (also the writer of "Sleuth") is the identical twin of Peter Shaffer, writer of Amadeus. Nature or nuture?

And finally Elia Kazan's "Panic In the Streets" with Richard Widmark, as a good guy. Imdb's plot snopsis says, "A doctor and a policeman in New Orleans have only 48 hours to locate a killer infected with pneumonic plague." Jack Palance plays the killer. While I was watching it with headphones one day, my brother walking through the room said, "Even without the sound he puts a chill up my spine." Leave the sound on. This is a great thriller, suspence, action noir that you can watch with the family and not worry about the language or sex. I guess raw language and sexual realism have their place in some films but sometime all I care about is a good plot, good acting and writing. Is that too much to ask?
Posted by Buddybaba at 11:03 PM 2 comments:

Email ThisBlogThis!Share to TwitterShare to FacebookShare to Pinterest
Labels: Movies

Author Katharine Beals will discuss her book Raising a Left-Brain Child in a Right Brain World at noon on Thursday, March 25th in the Friends' Room on the library's second level. Discussion topics include cooperative learning and the unsocial child, reform math and the mathematically gifted child, interdisciplinary projects and the detail-focused child, formatieve assessment and the undermotivated child and mainstreaming and the child on the autistic spectrum. Participants are invited to bring a bag lunch.
Posted by Nancy2 at 11:38 AM No comments:

Who Do You Think YOU Are?

Have you been watching NBC's Who Do You Think You Are? (Fridays at 8 p.m.)? Do you want to learn more about your own family tree? Hamden Public Library provides free access to Ancestry.com databases for patrons using computers within the library. (Remote access is not available at this time.) All you need is a valid library card that is in good standing to log on to library computers and find out more about your family's history.
Posted by Nancy2 at 10:58 AM 1 comment:

Washington D.C.'s Newseum is a museum of news, whose mission is to educate the public about the value of a free press in a free society and tells the stories of the world's important events in unique and engaging ways.

You don't have to visit the museum to take advantage of some of its resources. The museum's web site allows you to access Today's Front Pages from newspapers in 70 countries. Just put your mouse on a city anywhere in the world and the newspaper headlines pop up. Double click and the page gets larger and you can read the entire paper.

There is also a front-page archive chronicling events of historical significance.
Posted by Jessica at 8:48 AM No comments:

March is National Craft Month. See our display of new craft books or checkout our new acquisitions in crafts, needleworks and fashion design. You can sign up for an e-mail subscription to this book newsletter here.

You can browse our craft books via Dewey Decimal Number in our online catalog: 745.5, textile crafts/needlecrafts in 746 and sewing books in 646.


If you are looking for craft projects to do with your family, check out the books The Creative Family by Amanda Blake Soule, and Green Crafts for Children by Emma Hardy and D.I.Y. Kids by Ellen and Ju 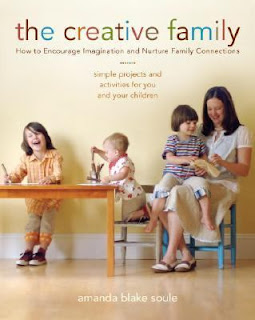 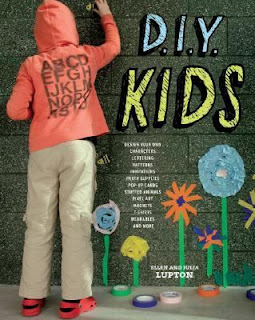 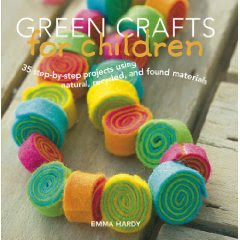 Posted by Elisabeth at 5:55 PM No comments:

We have a special exhibit this month in our large glass display case: Handpainted eggs by Connecticut artist Nancy Dudchik. Nancy is also the president of the Hamden Chamber of Commerce. For more information on Nancy's art, read the article "The Art of the Egg" by Christine Chang which was published in the Hartford Courant in April 2009. Pictured on the left is an egg which Nancy Dudchik was invited to paint for a special Easter egg display at the White House in 2008. See also Nancy's website "THE ART OF AN EGG".

Posted by Elisabeth at 4:28 PM No comments:

Email ThisBlogThis!Share to TwitterShare to FacebookShare to Pinterest
Labels: Displays

Read an interview with our very own TotemTom on the blog BEYOND SLICED BREAD by social media consultant Erin Logsdon of Boston, MA.

Our totem pole has been on exhibit in the library rotunda since 2001. It was presented to Stanley L. Mendygral for his 25 years of service to the Indian Guides program affiliated with the Hamden YMCA. Members of the Iroquois Tribe of the local Indian Guides and Princesses Program hand-carved this totem pole in his honor.

More information about the quilts and artwork in the library can be found here.